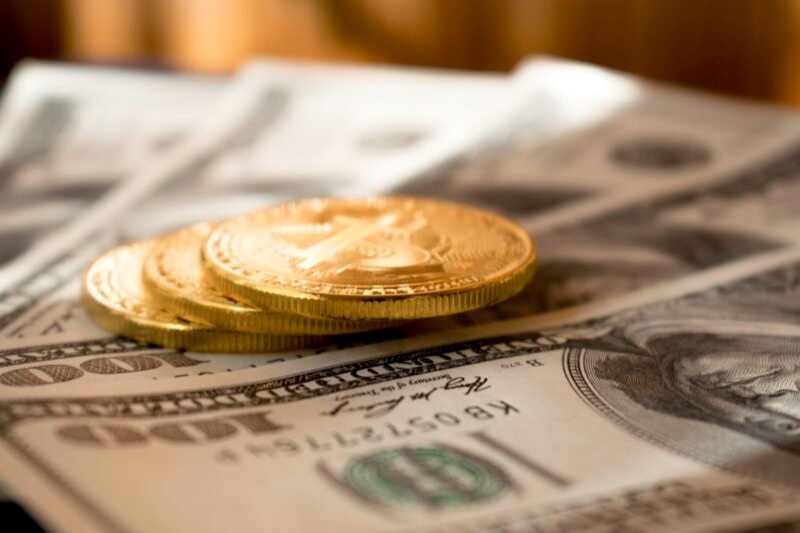 As we're getting soundbites from candidates every day heading into the home stretch before each party's respective convention, most of the rhetoric is still deeply rooted in negativity. That's probably normal coming from the party that hasn't been in the White House and let's face it – Donald Trump's talk of "America going to hell" is as negative as it gets. But we're also seeing a focus on the country's problems in a myriad of ways from Democrats too.

That's where we start to watch with concern, wondering: Could such rapid-fire attacks like these on our country's economic state – especially the more distorted ones – have a negative impact on investor behavior?

Fortunately, Warren Buffett's annual shareholder letter was released a few weeks ago and we found several quotes that, thankfully, were far more grounded in reality.

"It's an election year, and candidates can't stop speaking about our country's problems (which, of course, only they can solve). As a result of this negative drumbeat, many Americans now believe that their children will not live as well as they themselves do.

That view is dead wrong: The babies being born in America today are the luckiest crop in history."

"For 240 years, it's been a terrible mistake to bet against America and now is no time to start. America's golden goose of commerce and innovation will continue to lay more and larger eggs. America's social security promises will be honored and perhaps made more generous. And, yes, America's kids will live far better than their parents did."

Quite the different tone that the "Oracle of Omaha" is taking, right?

So what's the real picture here?

It's so very easy to follow the "negative drumbeat" of what you hear during political season and invest accordingly, but that could be a disastrous, highly reactive approach. This kind of approach causes people to tread water out of fear for 5, 10, 20 years at a time. Think that gets them anywhere close to their dreams? Think again.

Fortunately, there are a few good steps to take that don't involve investing based on whatever the next politician or commentator tells you:

The kind of verbal assaults we're seeing from Trump on the economy aren't all that different from the guy in your office by the watercooler who says, "Did you see? The stock market is going down a whole lot!"

OK. So what on Earth are you supposed to do with that?

Is he saying that a recession is coming soon? How would he know? In the 25 years since I have been out of college, I have seen only 2 recessions. It's true that we'll probably see another one at some point. But it's also true that it's incredibly difficult to know exactly when that will occur.

So take a step back from the watercooler or the TV. Breathe. Then realize that much of what you're hearing is a shot in the dark by a person who wants to look like he's an authority. Yet very little of what he's saying is based on factual evidence.

Next, Arm Yourself With Real Perspective.

In your entire investing lifetime, consider all the distractions you're going to encounter from a never-ending news cycle on your smartphone, your tablet, your laptop and your TV. Millions of opinions and events are going to be in your face now and forever, threatening to sway your investing behavior one way or another. That calls for a plan to deal with it all so you can separate hype from fact.

Let's go back to our friend Warren Buffett, who has become famous for being an investment guru. But in truth, Buffett's greatest accomplishment is his ability to run companies that earn money consistently. If you had invested $1 in Berkshire Hathaway in 1965, today it would be worth an astounding $798,981!

Over that period, Buffett grew the value of his company 48 of 50 years. Value. Growth. Earnings. Aren't these the things that you as an investor should really care about?

Yes. You should place the highest value on earnings consistency. Looking at investing through the narrow perspective of the stock price, Berkshire Hathaway's stock price is dramatically more volatile than its earnings. If your investment approach were based largely on the monthly or even yearly stock price, you might react too quickly and invest elsewhere – potentially accumulating far less than nearly $800,000 or more 50 years later.

Unfortunately, investors will always draw connections between news stories and earnings when there may be no connection at all. This causes a lot of fear and anxiety, causing people to miss out on stock returns, even though company earnings never really suffered that much.

For example, there have been a LOT of seemingly catastrophic news stories over the last 50 years that could distract and disrupt buying patterns: Vietnam. Watergate. The tripling of oil prices in the early 1970's. Inflation. The tech boom. The tech bust. 9/11. Our most recent financial crisis.

Wait a minute. In the big picture, these news stories aren't really related to many of the items we purchase and use every day, are they? Do news stories actually disrupt buying patterns from the things we purchase from companies? The answer is…not really.

We'll continue to see the news cycle churn negatively from now until the end of time. It's what gets eyeballs and ratings. But it doesn't mean it's true. So a politician will say America is on the brink of financial collapse. One person on one panel on one channel will speculate about the economy in negative fashion. A terrorist attack may occur overseas. The stock market will swing upward one day and look like it's racing for the bottom the next.

If you invest based on these events, you're going to run around like your hair is on fire. And that's not a real strategy for success.

Ask yourself: Do you really have an investment philosophy? It's a question we frequently ask clients of Fiduciary Financial Partners. Most of the time they've never had one and their former Advisor never asked them that question either. Yet, it's impossible to succeed without one. A sound investment philosophy requires discipline and a relentless focus on earnings performance, despite all the noise of the news media around you to clutter your mind and influence your next move prematurely. In reality, we're talking about goals that are closer to your street than Wall Street.

The future will hold as much or more scary news stories as in the past. It doesn't mean that they'll impact long-term earnings in dramatic fashion. With this in mind, let's have a conversation about your investment philosophy today. If you're concerned about what a news story might mean for your portfolio, we can talk about that too to help you sleep a little better tonight.

So give Fiduciary Financial Partners a call to schedule a face-to-face meeting with Nick Economos at 630.780.1534.